When Jesus said, “Judge not, and you will not be judged; condemn not, and you will not be condemned; forgive, and you will be forgiven; give and it will be given to you; good measure, pressed down, shaken together, running over, will be put into your lap. For the measure you give will be the measure you get back.” Here Jesus was not only talking about money. He was talking about investing in the Kingdom of God which means Salvation, the Baptisms of the Holy Spirit, using the Gifts of the Holy Spirit, healing and deliverance. Our return must be seen in these terms. The “good measure, pressed down, shaken together, running over” are the people who have received our ministry and now know Jesus Christ as their Saviour, Lord, Healer and God. And, when we are faithful, like Paul we can shout, “And my God will supply every need of yours according to his riches in glory in Christ Jesus” (Philip. 4:19).

Remember that your monthly support allows Gordon to sow seed in any church, small or large in any town city in Canada, the USA or any other country. Continue to be a “cheerful giver” and help Gord sow the seed to be harvested into the Kingdom of God. Please pray and ask Jesus what you should do and "do whatever he tells you.” (Jn. 2:5) Income Tax Receipts are available upon request. Thank you for helping Gordon to increase the harvest for 2015!

To make a financial contribution to Gordon's ministry, donate online using our secure "Pay Pal” cart on our web site using a credit card. Mailed cheque donations are to be made out to "The Gordon Williams Evangelistic Ass’n” or "G.W.E.A”. 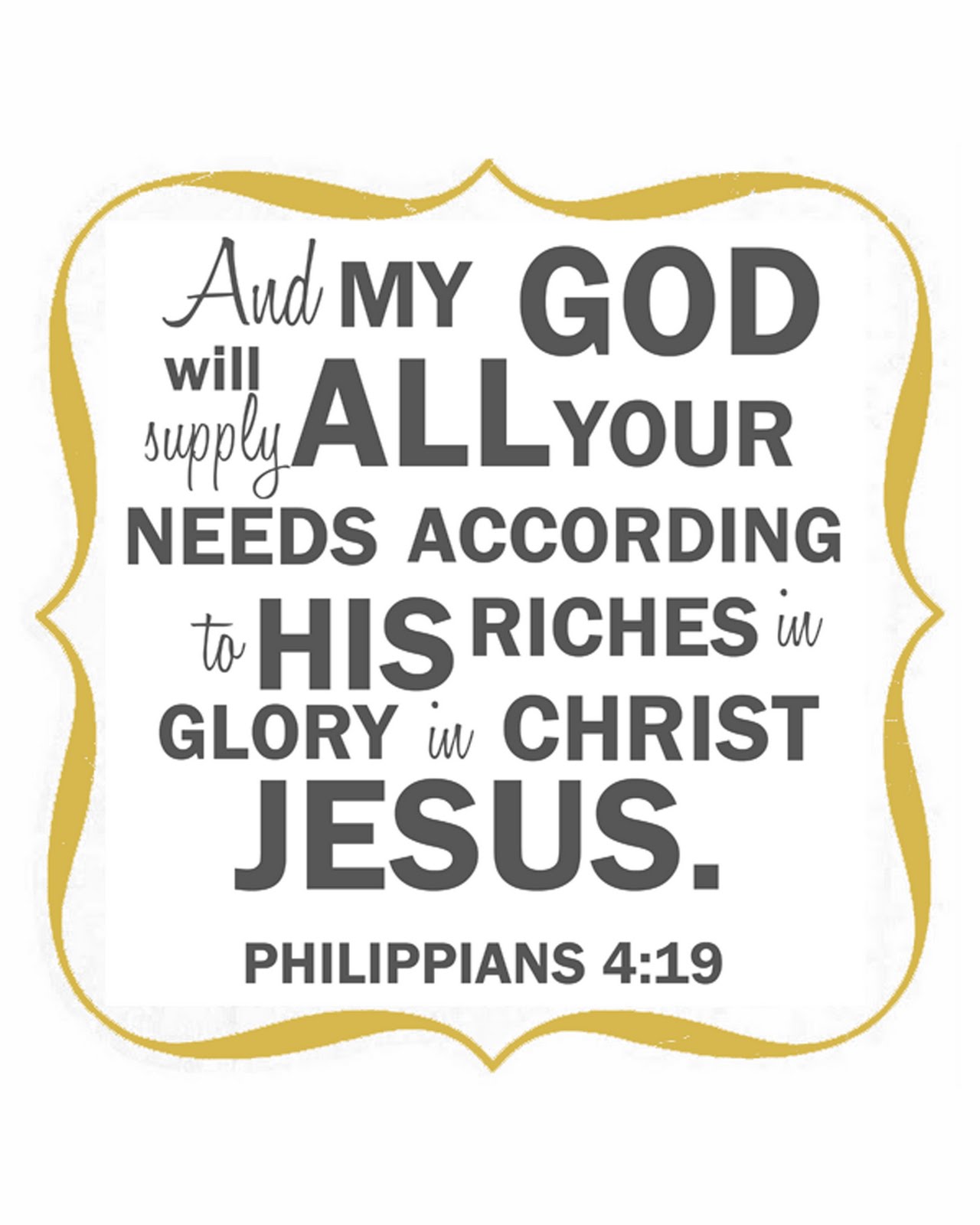 After listening to Jesus pray, His disciples asked Him, “Lord teach us to pray, as John taught his disciples” (Lk. 11:1). It is interesting to notice that they did not ask Him, “Lord teach us to pray like you pray.” I suspect that John prayed impressive prayers that were safe and sounded spiritual-like. Jesus surprised them by giving the what is called “The Lord’s Prayer” (Lk. 11:2-4; Matt. 6:9-14). Short, to the point and not especially impressive but effective. He gives as an example of a friend who goes to a friend to ask for bread at midnight and who gives it to him (Lk. 11: 5 - 8). Well, that’s what our Heavenly Father is like! He’s wants us to ask for everything that we need (Lk. 11: 9 - 13), and guess what? He will supply it any time of the day or night. He gives only “good gifts” (Matt. 7:11) including the Holy Spirit (Lk. 11:13).
This is the reason why we invite you to email us your prayer requests or needs: personal, family, friends, acquaintances, business problems, church and health needs to us so we can pray for you. Please let us know when Jesus has met your needs (Philip. 4:19) so we can also thank Him along with you. email us your praise reports!
“CASTING OUT DEMONS - FIRST OF THE SIGNS FOLLOWING” (MK. 16:17)
I received a letter from a from a woman who lives in Brampton, ON. She explained, “You actually came to my home just over a year ago to pray through our home. My son was having some strange things happening in his bedroom which is in the basement. Things were great, but now it seems to be happening again. I have tried praying through this as well myself. He feels a presence in his room while sleeping and the shuffling of feet. Thus he has been sleeping in a spare room upstairs most of the time.” They were trying to understand if they had done something wrong to cause these spirits or demons (two names for the same beings)that had come into their house. I explained, “First of all, it is not the same evil spirits. Other evil spirits will often enter somebody’s house whether or not they are serving Jesus Christ in order to harass, torment, hurt or kill people. I discovered years ago that evil spirits leave behind them proof for other evil spirits/demons of their former presence in the form of what is called “ectoplasm”. This substance attracts other evil spirits. It can be simply removed by a good cleaning of the rooms in which the evil spirits were dwelling. A second time I cast out the new demons and sent them into the Abyss (Lk. 8:31).
“FROM ‘ALMOST GIVING UP’ TO ‘VICTORY THAT OVERCOMES THE WORLD’” (1 JN. 5: 4)
At the “Business Men’s Fellowship (BMF), Gananoque, ON Chapter Meeting, a man who had graduated from Bible College and who had helped various churches by preaching and teaching, explained, “This past year was the worst in my life. Everything seemed to go wrong. I was at the point where I almost gave up. I need prayer to find out what is wrong.” I asked him, “Did you receive the Baptism of the Holy Spirit?” He answered, “Yes!” I asked, “Did you receive the Gift of Tongues as the initial evidence (Acts 2: 4). He said, “No!” I explained, “That’s the reason why you are feeling defeated. I asked him to pray with me and we asked Jesus to Baptize him with the Holy Spirit and he burst into tongues” (Acts 19:6). I explained, “You now have power to cast out demons, speak and pray in tongues, be protected when you are doing ministry and pray with people with the laying on of hands and they will recover(Mk. 16:17-18). I encouraged him to “pray in the Spirit (tongues) with prayer and supplication about everything as Paul tells us (Eph. 6:18). He said, “I’m feeling better!” I suggested that he should stand there praying in tongues. 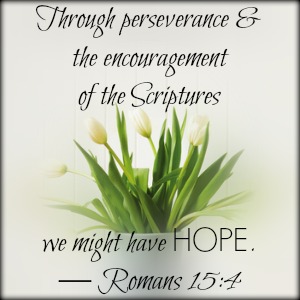 “THE CURSE WAS BROKEN” (PROV: 26: 2)
At a meeting in Camrose, AB a woman in her 30's who came for prayer, explained, “I have an aunt who practices witchcraft and has placed a curse on me. My face is full of sores and I have these nightmares all the time. I need help!” I told her that she needed to receive Jesus Christ as her Saviour and receive the Baptism of the Holy Spirit (Acts 2: 38) and that would break any curse (Nu: 24: 9) and we would also pray for healing of her face. She agreed and prayed with me and receive Salvation and the Baptism of the Holy Spirit and fell to the floor speaking in tongues. I also prayed that she would dream Jesus’ dreams and for healing of her face. After she got up and looked in a mirror, she came to me and said, “Look at my face. The sores were gone! Thank You, Jesus!”
“DOING MINISTRY THE LORD’S WAY” (MK. 16: 17-20)
At a meeting in Saskatoon, SK, a young man who is the Youth Pastor in a Mennonite Church, explained to me, “want to be able to do my ministry the way that the Lord wants me to do it. I need the power of the Holy Spirit.” He prayed with me to receive the Baptism of the Holy Spirit, and with a little encouragement, he began to speak in tongues (Acts 2: 4). He stopped and said, “But, I don’t feel anything!” I explained that the Baptism of the Holy Spirit isn’t always a matter feeling. Then, I asked him, “Do you feel nothing in the sense of feeling good or bad?” He answered, “It’s not bad.” So, I said, “We call that peace - the peace of God which passes all understanding” (Philip. 4: 7). He smiled and said, “I understand!” And, then he continued to pray in tongues.
“DIVINE POWER TO DESTROY STRONGHOLDS: SMOKING” ( 2 COR. 10:4)
At the Eagles Nest Church in Curitiba, Brazil, a man and his wife who received the Baptism of the Holy Spirit with the evidence of speaking in tongues (Acts 2: 4) two nights before, explained to me, “We were up all night praying in tongues (la lingua - languages). I smoked 100 cigarettes a day. When I got home from the meeting I could smell ‘a horrible smell’ from smoking. I had no desire to smoke.” “And since them” his wife added, “he threw out all the cigarettes that he had at home.” And together, they exclaimed, "Praise the Lord!"
Copyright © 2022 All rights reserved.
Site powered by
Ministry Builder