Open Navigation
Close Navigation
ARTICLES
Back to News
How many Angels are there in Heaven? Angels: God's Unseen Army

Angels are God's unseen army. They are always on duty looking after His interests. A  simple military structure, it would appear that God set up a network of angels to cover the whole earth, and probably the whole of creation. They have territorial assignments that include both cities and countries and are assigned to both individuals and to national ethnic groups, like the Jews. 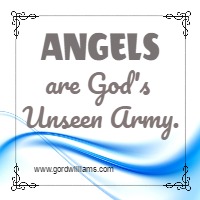 All angels are under God's command. It is their responsibility to help serve and give direction from God to those who are heirs of salvation.

"Are they not ministering spirits sent forth to serve, for the sake of those who are to obtain salvation? (Hebrews 1:14)

How many Angels are there in Heaven?

The Bible does not tell us how many angels there are. It indicates only that there are a lot of them; for instance, we are told that a million of them minister to God while a billion stood before His throne. There are more angels than we can count: thousands upon thousands.

"...a thousand thousands served Him, and ten thousand times ten thousand stood before Him; the court sat in judgment, and the books were opened." (Daniel 7:10)

They defend His people, whether the people have the eyes to see them or not. When the Syrian army surrounded the city of Dothan in an attempted to capture Elisha, Elisha had the spiritual eyes to see the angelic army, but his servant was afraid and blind to it until God opened his eyes (2 Kings 6:16-18).

While not normally visible to people, they can be seen when they, or God, determine it to be necessary. The Syrians, of course, were all blinded to this. In spiritual warfare, we must learn the all important lesson, that those who are on our side are always greater in number that those who are on the enemy's side. The only way we can be defeated is to believe the deceptions of the enemy.